We got inspired to do some digging...

May is the UK Historical Association’s Local and Community History Month, and here at Highway Hill it’s got us thinking about what hidden history the North Wiltshire area may have. We decided to do some research and see what came up, and it turns out there is quite a lot!

Avebury and Silbury Hill: ancient mysteries on our doorstep

The most obvious and tangible examples of local (pre)history are the ancient and mysterious sites of Avebury and Silbury Hill, both within a twenty minute drive of us. The Avebury site consists of a henge (a huge circular bank of earth with a ditch) and two concentric stone circles, the outer of which is one of the largest stone circles in the world. 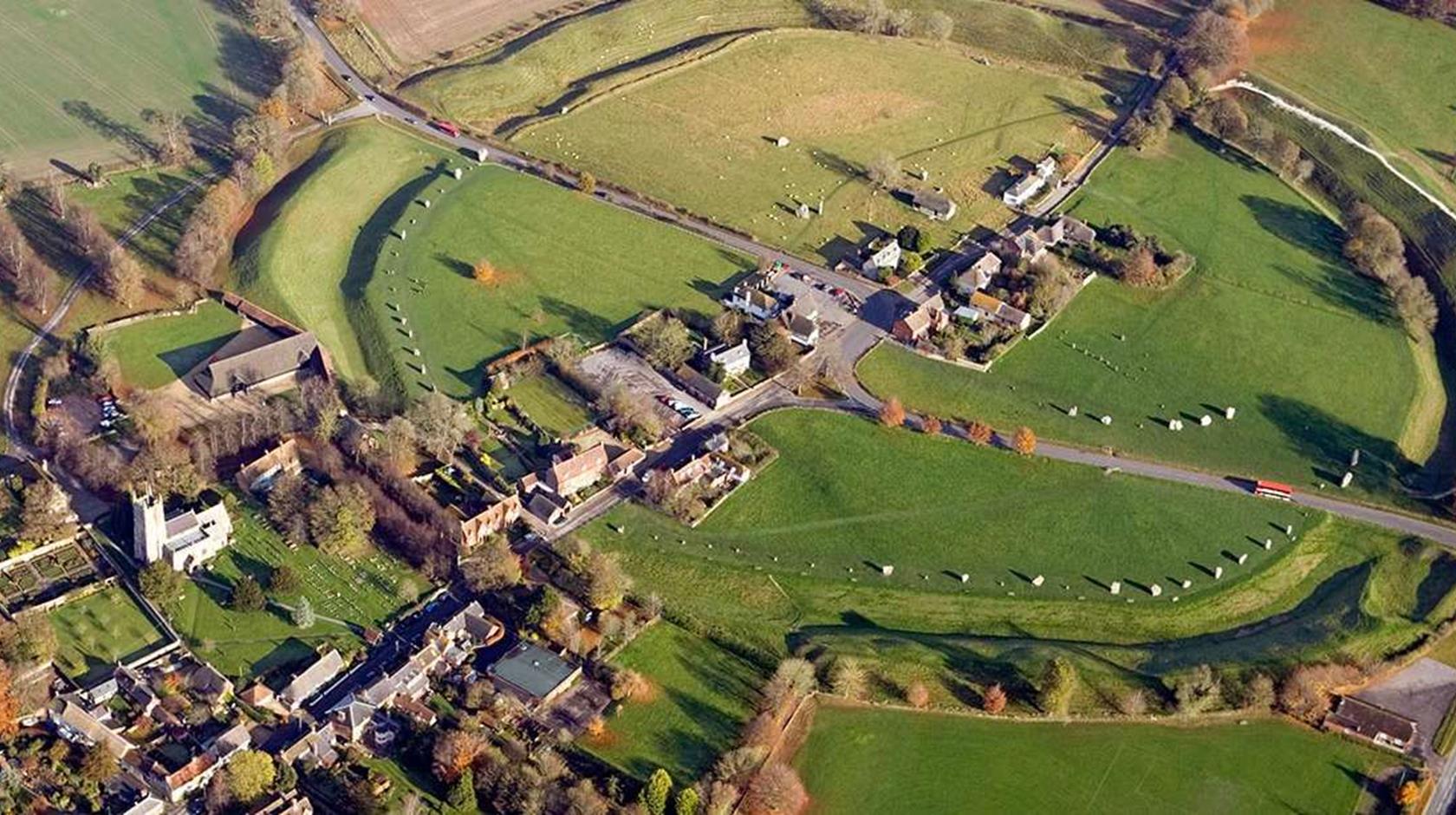 It was built during the Neolithic period (roughly four to five thousand years ago) and the specific details of its original purpose have been lost to us, but, like its more famous cousin Stonehenge, it is widely thought to have had a ritual or religious significance for its builders. Today, it is one of the biggest tourist attractions in the area and is held in particularly high regard by practitioners of modern paganism. Visiting Avebury is a fantastic experience as the site is free to enter and, unlike Stonehenge, there are no boundaries holding you back from the stones themselves so you are really free to marvel at the size and scale of the operation these Stone Age builders gave themselves. 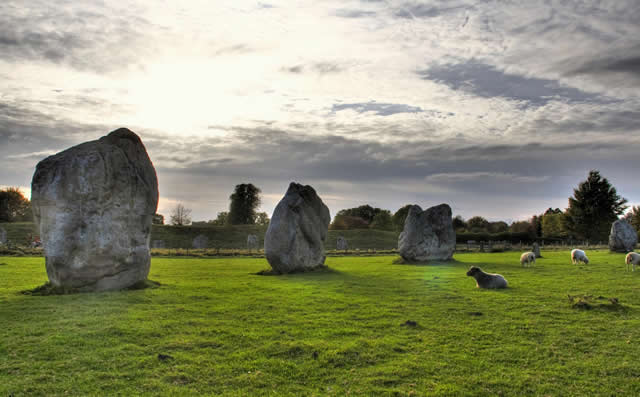 A short drive away is the iconic Silbury Hill, a man-made mound of chalky earth whose purpose puzzles archaeologists to this day. Its size and volume is comparable to the Egyptian pyramids which were built in roughly the same era, but unlike the pyramids there is no evidence of a burial inside the hill. Many theories and investigations have sprung up in response to this monument, but no satisfactory explanation has ever been found.

Calne: a host for Enlightenment minds

Moving into the more modern era, I was surprised to discover that residents of our local town, Calne, held a brief but important role in the development of early scientific discoveries as well as religious and philosophical ones. Guests or employees of the 1st Marquess of Lansdowne (the family that holds the local Bowood Estate) were invited to join him at his estate and were supported to progress the advancement of science. One such individual was Joseph Priestley, who stayed in Calne from 1773 to 1780. 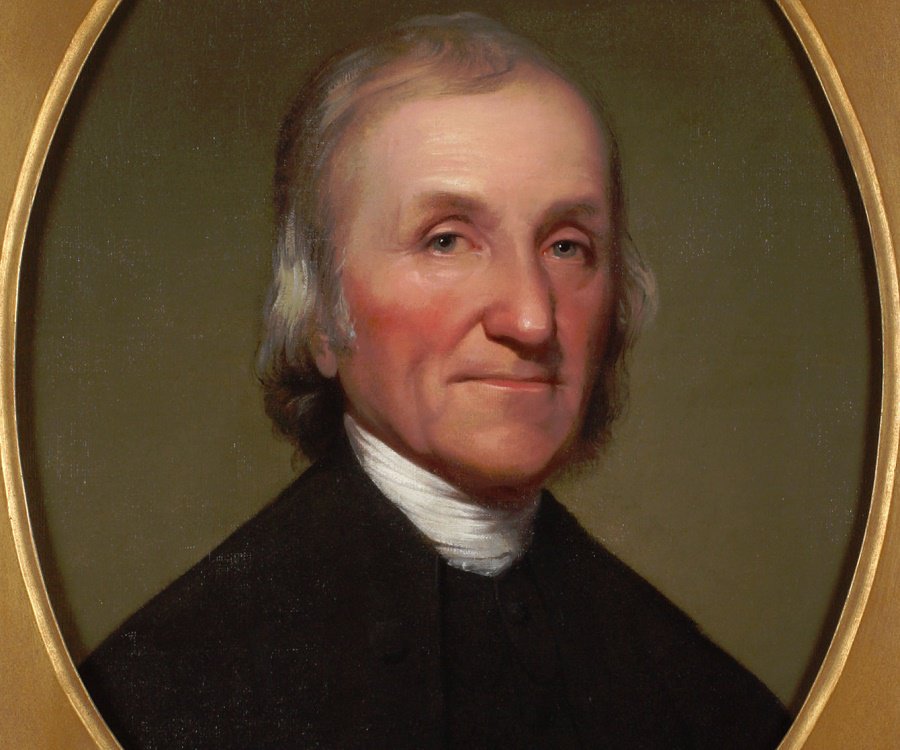 During this time he published several important metaphysical texts, was instrumental in founding the important new religion of Unitarianism, and laid claim to the title of discoverer of oxygen gas (due to confusion in the timelines of Priestley’s records, it is almost impossible to confirm precisely whether he was the first or not). Quite a lot to accomplish in just seven short years! His associate Jan Ingenhousz, who discovered photosynthesis, was also a guest at Bowood and died there in 1799.

Over at Devizes (approximately 20-25 minutes’ drive from Highway Hill), the local history plot thickens! Devizes has been the site of several fascinating power struggles since the time of William the Conqueror, mostly notably in 1643 during the English Civil War when Parliamentarians laid siege to a Royalist force barricaded inside the castle at Devizes. Hearing that a fresh Royalist force was coming to relieve their trapped companions, the Parliamentarians left the siege and the two armies met on Roundway Down, just outside the town. 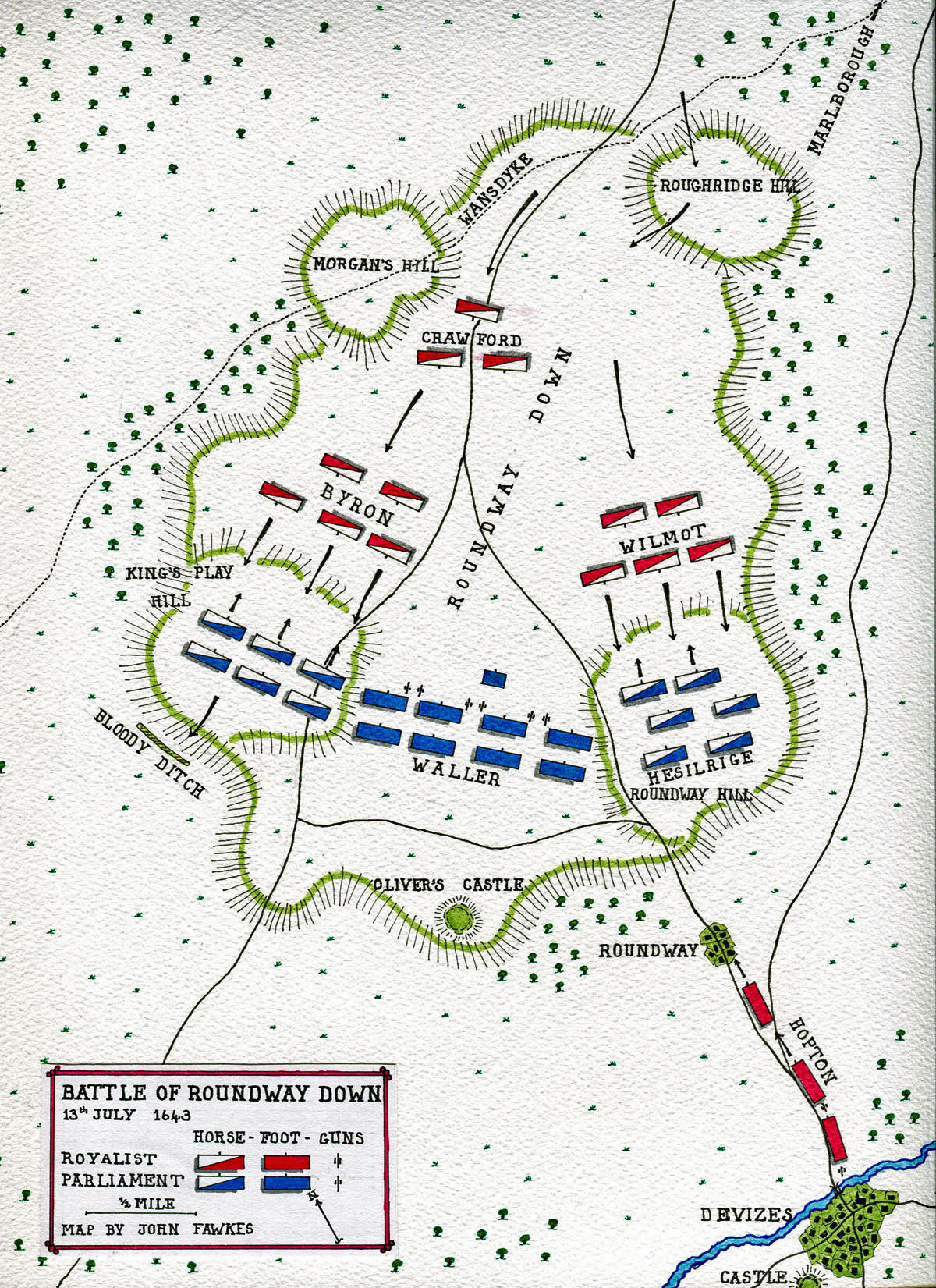 The Royalists battered their opponents with cavalry charges and forced many more over the steep scarp which came to be known as the ‘Bloody Ditch’, before liberating the castle. The castle and town remained in Royalist hands until 1645 when Oliver Cromwell himself arrived with a large army and bombarded the castle with heavy artillery – marks can still be found on the tower of nearby St. James’ Church. As punishment for Royalist loyalty, Cromwell ordered for the castle to be completely dismantled, and almost nothing remains of it today. This is a real shame for local history lovers, as it was originally built in 1120 by a significant castle builder (Roger, Bishop of Salisbury) of the time.

Devizes also had a strong tradition of religious non-conformism and controversy, with residents from the 16th century onwards being punished for opposing the religious doctrine of the day. The Quakers, who were considered particularly radical at the time, had a strong presence the town after the Civil War and in 1661 many townspeople were send to prison for attending their meetings. Another particularly famous controversy occurred in 1747 when Charles Wesley, an early Methodist leader and writer of many of our most well-known hymns, came to preach in Devizes and was met by an angry mob (whipped up by a local curate) who chased him out of town and injured him somewhere along the Bath Road!

As well as local sites of significance, history is really all about the people who inhabit them. My own family has long-reaching ties with the area, although it was only in the last century that Addingtons properly started to put down roots in Wiltshire. My great-great-great-great-great-grandfather, Henry Addington, was elected MP for Devizes in 1784 and rose to be Speaker of the House of Commons about five years later. Thanks to his childhood friendship with William Pitt the Younger, Addington was forced into the office of Prime Minister in 1801 after Pitt resigned his post. His three years as Prime Minister were by all accounts a fairly underwhelming affair, with his mediocre foreign policy record (particularly with regard to his ability to stand up to Napoleon – see cartoon below) coming under particular fire at the time. 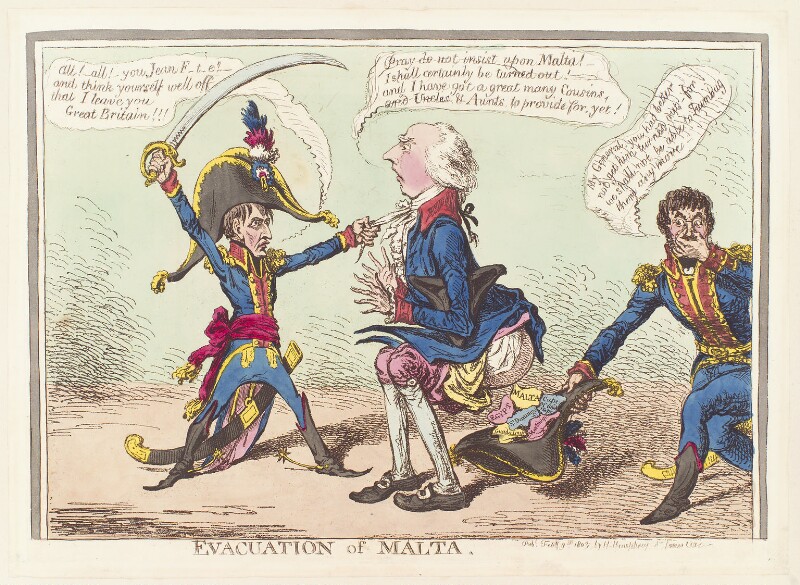 Addington also made large-scale reforms to the income tax system, which cemented it as a primary mode of taxation; this certainly isn’t something that was likely to make him popular either then or now! In 1805, Addington was elevated to the House of Lords as Viscount Sidmouth. Although there is little evidence to suggest he spent much time in his constituency of Devizes or had many connections with the area, apart from his sister who lived there, his impact lives on in the name of Sidmouth Street in Devizes and also in the monument in the town square, Market Cross, which Addington gifted to the town and which bears the famous tale of Ruth Pierce, the market woman who asked God to strike her dead if she lied about a corn deal. She was struck down immediately with proof of the lie clutched in her hand: a stark lesson for us all!

The modern generation of Addingtons moved to Highway in the twentieth century, with several generations living at Highway Manor from 1936 until 2017, when Highway Hill Co-Director, Jeremy Sidmouth (my father) moved out. Highway has been through some dramatic changes during that time: it was once a bustling small village with a collection of thatched farm cottages, a Manor House (also thatched, visible in the photo below behind Hiley Addington and his wife in the 1930s), a shop, and a functioning church for the community. 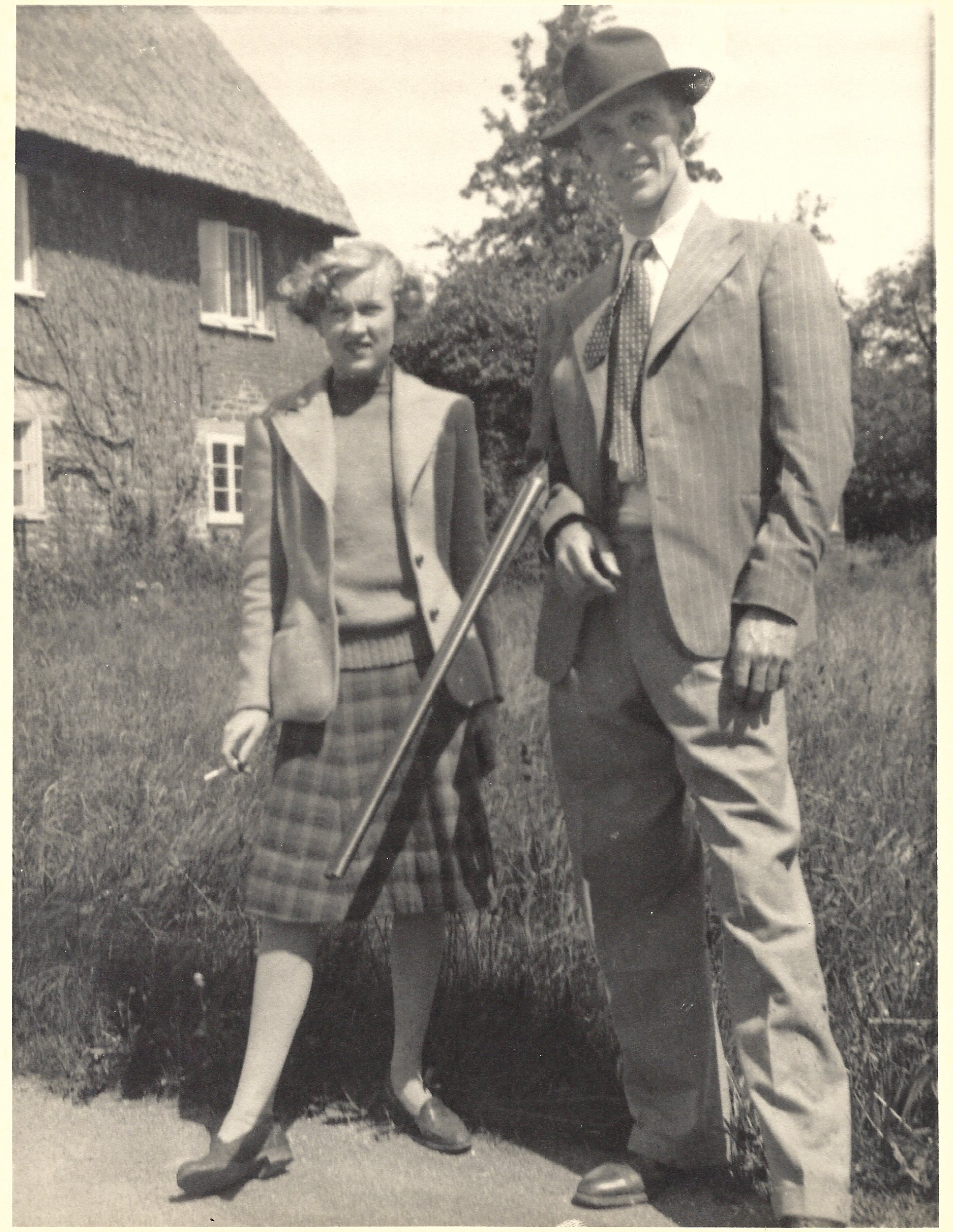 Many of the residents left to find work in towns and cities during the Industrial Revolution, and there is believed to have been an outbreak of cholera in the early twentieth century, further depleting numbers.  Some of the cottages were occupied by Italian prisoners of war during WWII, but most of them were demolished after the war because it was impossible for the landlord to keep up the maintenance of the cottages when the maximum rent they were permitted to charge by the government of the time was 33 shillings (£1 13 shillings) per year.  It is now a quiet collection of seven dwellings and the new home of the business of Highway Hill.

Highway and the surrounding farmland has passed down several generations, and in my grandfather’s generation his younger brother Tom was the tenant farmer at Highway Farm for many years. Parallel generations lived in the Manor (my grandparents for a time, followed by my parents, me, and my younger siblings), while Tom Addington’s son Peter took over the farm tenancy and raised his own sons there. Highway Hill is the legacy of the Addingtons at Highway, as we attempt to open up access to the fabulous resources we have available in the area and bring our little corner of roots, history, and nature to the wider public.

Wiltshire has a rich and fascinating history and I have barely begun to touch on all of it here. If you would like to find out more about the history of the area surrounding Highway Hill, there are loads of resources close by and online. Why not try:

The Wiltshire Museum in Devizes

The Historical Association’s information on our county capital, Trowbridge

The Wiltshire and Swindon History Centre

STEAM, the Museum of the Great Western Railway, for more information on how Brunel’s railway helped shape Swindon and Wiltshire’s culture and economy

Or take a tour with Oldbury Tours, where your guide Laurence will drive you around in his comfortable and share his in-depth historical knowledge with you.

We hope that you have been as inspired as we have to take another look at your local area and delve a little deeper into its history. After all, as L.P. Hartley famously said, “the past is a foreign country; they do things differently there” – so why not take a trip today?